It was a matter of pure coincidence when I ran into this lovely, cosy children  bookstore nearby the Parukářka Park in Prague. And from the moment I entered, I felt I was welcome even if my daughter Mája ran around and „accidentally“ threw stuff on the floor. By talking to the Dutch owner Avi Muyderman for a while, it was clear to me I would have to come back again and find out more about the owner and his idea to run such place. So I did and here is the enjoyable interview we have done.
When I was talking to you last time, you mentioned that you were a polyglot family. So what languages do you speak at home?
Well, when my wife and I are together we make sure we speak English. My wife Vilma is Czech so when she or her mother are alone with our kids, they speak Czech to them, of course. When the kids were smaller I would talk to them in Dutch but as they’ve grown older it is rather difficult to keep all three languages active. So I decided I would rather have them benefit from English than Dutch and started speaking English to them. I try to expose them to Dutch through my Dutch family, we’re basically in a daily contact on the phone, we go there on holiday, etc. So my kids hear Dutch a lot and even though they don’t use it actively, I’m not worried about that, they hear it often and it will come eventually. I have an 8-year old, 6-year old and 3-year old at home and all of them speak English. The 3-year old even translates for his babí who doesn’t speak English. When the kids start talking to me in Czech I correct them, I want them to speak to me back in English.

What about reading? What books do your children read?
From their very young age, my wife and I would read to them both in Czech and English. One night my wife in Czech, the other night me in English. We alternate so the kids have one Czech and one English reading. My oldest daughter is now in the first grade and she starts picking up books in English to read for herself now. She can relate to it easily as she’s used to it. Of course, every once in a while I have to help her with some words…
Do they have any books in Dutch?
I did surround them with Dutch books as well but reading is just too difficult for them at this point. Perhaps once they come to a certain age… As I said, they are exposed to enough so it must be somewhere hidden in them.
How did you come up with the idea of setting up a bookstore?
It was originally my wife’s idea. But it ocurred naturally, you know. Reading for me and my wife is very important, we are both what they call „book junkies“. And once we had kids, we started to look for children books. Unfortunately, most of the books on the market here are absolute junk. Vilma went out of her way to find places like Baobab – she totally fell in love with their books – Meander and others. They had books from little publishers but most of them don’t exist anymore, they got swallowed by big publishers. Fortunately, big publishers still keep their small divisions where they offer quality books of those small publishers. For example, Albatros has their own division which produces B4U books and absolutely wonderful teaching materials for kids.

So if you want a quality book for your kids you have to make lots of effort to get to it. And that’s when the idea came into our heads. I was working from home when Vilma told me about the idea about a year ago. And I agreed. It took about three months of planning, then in September we found this place for rent and opened up in November. We did everything ourselves here, all the furnishing and refurbishing. It was important for us to be inviting and open. Do we care if kids throw books on the floor? Of course, not! Because if these things bother you, you shouldn’t open up a bookstore for kids. We have toys around, kids can play here while parents look around. We have also set up a place at the back, where you can sit down and read some books, if you feel like it.
How do you pick books for your shop?
My wife is in charge of Czech books.  And even though my Czech isn’t perfect, I can still recognize the good quality books in Czech, too. We are very picky about what we get. Most of the books that we have here are books that my kids have been growing up with and loved. But once you instil the love of reading into your children, it really doesn’t make any difference in what they are reading. They become sponges that absorb. We also have comic books, we find them very important. Lots of kids when they see a whole page of words, they get scared, so comic books are something they can relate to in a much better way. There are also these classic Czech children books, like Malý Bobeš and other, but we don’t have a large offer of those. Every Czech I meet tells me that besides Čapek, he/she hated everything else!

You also offer quality second-hand books in different languages. I find that to be a great idea since these books are hard to get and the new ones are rather costly.
Yes, I figured if we were going to start the quality educational books we might just as well include other language books, not just Czech ones. Most of the second-hand books I have are English ones. I have a very good source in the UK, a friend of my wife lives there and goes out to look for those books for us. Since she has the same taste like us, I don’t have to be worried about what she picks because she knows what kind of books we need. I also have a couple of French books and I would love to have Spanish and Italian ones, too. Unfortunately, I’m still looking for Spanish and Italian sources, since there are very few second-hand book shops both in Spain and Italy.
What is your original profession?
I’ve done many things in my life, you know, I’ve been a consultant, I ran a hostel… I’m 61 years old and I’ve seen a lot of things in my life. So now I want to make sure I pass on the good things, I want to create something that will have an impact on the next generation. That’s why we are also planning to open various courses for children here. The first course starts in July, it will be an Origami class for kids aged 5+ taught by a Japanese teacher in English. My daughter will attend the class and will be there to translate for other kids. We’re also planning to open an art class with a Spanish teacher, etc.

What an excellent idea! I personally find it the best way how to learn a foreign language from early on. By playing, doing something fun. Not by sitting down at a school desk, listening to a teacher and copying down words from a blackboard…
Yes, everything needs to be done by playing. Though, teaching methods have changed a lot… My oldest daughter has an excellent teacher that uses the most modern methods. When I was a kid, I went to a Montessori class and that class was just unforgettable, I still have great memories from that time.
Speaking about languages, what languages were you exposed to as a child?
Dutch and Yiddish. My parents spoke to me in Dutch, my grandmother Yiddish.
What about English? Were you exposed to it as a small child at all?
My grandmother used to sell souvenirs to foreigners and she would take me with her to work so I would get exposed to English from early on.
What a clever way to naturally expose a child to a foreign language!
Yeah, that is why I am not so worried about the Dutch of my kids. They are exposed to it on a daily basis, it will come eventually. Just like my English did!

Dutch people are known here for their excellent knowledge of English. Even the smallest kids can speak it. Some people believe that it is because they are exposed to English through films which are not dubbed. Is that a cliché or is there something true about this?
It’s not a cliché, it’s true. Unfortunately it doesn’t happen anymore. Look, when I was a kid, I would watch lots of cartoons and all of them were in the original language with subtitles. So the kids were exposed to the English language plus they had to read, had to learn how to read fast! Now every children show gets dubbed and I believe that is absolutely terrible. It will have an impact on the next generations and their knowledge of English. Though it’s a bit balanced by the fact that kids take English lessons much earlier at school now than when I was a kid. I was twelve when I took my first English lessons at school.
Do you believe that non-native parents can expose their children to English or any other foreign language and have a positive impact on them by doing so?
Oh, absolutely, they just have to throw their fear out of the window! There are many opportunities, they just need to set up some routine for it, for example have an English hour a day or so.

Is there anything you miss or really don’t like in Prague as far as the kids are concerned?
No, not at all. This is a great country for children! And Prague, especially, has so many opportunities, the cultural life here is very fulfilling. 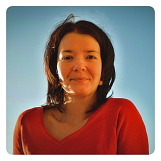 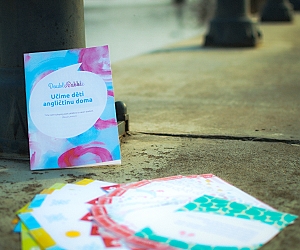